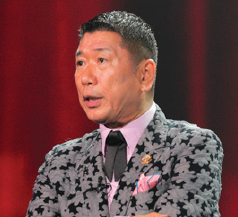 Kaoru Nakajima is one of the founding fathers of multi-level marketing not only in Amway Japan but also in other parts of the world such as United Kingdom.

He is one of the most humble pioneers of mlm business, born to be number one in everything he touches.

Mr. Kaoru is also a very dedicated entrepreneur who knows how to really make money with Amway.

He was an amazing and award winning song writer who suddenly changed his career to being a very successful Amway products distributor in all parts of the world.

Mr. Kaoru Nakajima has achieved what he calls his dream in life, through Amway MLM business.

Kaoru Nakajima is not only the founding father of Heckel and TOP 4 networking companies, but he is also the first person to achieve a double crown Ambassador in the world of mlm business.

That is no easy feat, mind you.

According to Wiki Amway, Kaoru Nakajima had specifically requested the Double Crown Ambassador pin and approved and agreed upon by the local management. That request was to be a special pin to recognize the achievement of 40 Q6 legs in one year.

Which I find quite intriguing that Kaoru wanted this and got it. It was given to Kaoru Nakajima by Rich De Vos at a recognition ceremony in 1996. 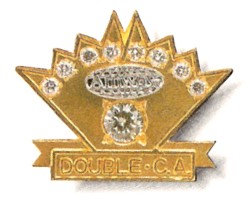 Keep in mind that the pin was supposed to be an individual recognition and a personal goal for Kaoru Nakajima but when Amway Top Earner, Holly Chen heard about this rare pin, she requested and wanted one for herself.

Amway complied to this request but then it was announced and made very clear, that this “unofficial” level was not to become an official level and no other business owners would ever receive this pin or be allowed to qualify for this level in the future.

Both of these Amway Top Earners are awesome in my book.

Kaoru basically changed the rules and wanted something that no one has ever gotten before or since.

Way to step out!

He built Amway Japan from scratch, along side of being a talented song writer.

He started from a humble background to grew to being one of the most respected Amway top earners in the MLM business.

This man is currently filthy rich, making an incredible $300,000 per Month; translating to $3,600,000 per year. This is a very big achievement considering he was a pioneer of the mlm industry and started the business when the internet was not even there to ease network marketing.

The Historical Background of Kaoru Nakajima

Kaoru Nakajima is an aged Japanese citizen, a family man, song writer, an inventor, and a multi-millionaire entrepreneur with Amway.

He is a happily married man and has been blessed with three children; two daughters and a son.

He works from home and likes dressing in Japanese designs when attending international meetings.

Mr. Kaoru Nakajima likes playing tennis and golf in his free time; other than being a well-known song writer.

He loves the legendary basketball player by the name of Michael Jordan, and he has even posed in a picture with him while in the United States of America.

Kaoru Nakajima is a medium sized man, who is extremely talented in music and a very logical thinker.

I can conclude that he has a love for sports, because his historical palace in Japan is full of game kits such as boxing gloves, basketball uniforms, tennis ball game kits and many others.

He built a dream home (view here) that has been documented as a national monument that should not be tempered with without prior consultation from the government of Japan.

He even has a basketball vest in his name; Nakajima 1 in his home office.

The Journey of Kaoru Nakajima to MLM Millionaire

Kaoru Nakajima is a money making Amway expert who has risen from being an ordinary song writer to becoming a multi-millionaire in the mlm business.

He started the MLM business as a down-line of one American citizen called Robert Stonelake. Robert Stonelake later sold his Amway mlm business to the Dornans; Jim Dornan and Nancy Dornan in early 1980s.

Mr. Nakajima started his Amway Business back in 1982, after the AmWay corporation has been in Japan for only 3 years.

Kaoru Nakajima is the proud owner and pioneer of two big companies in Japan. 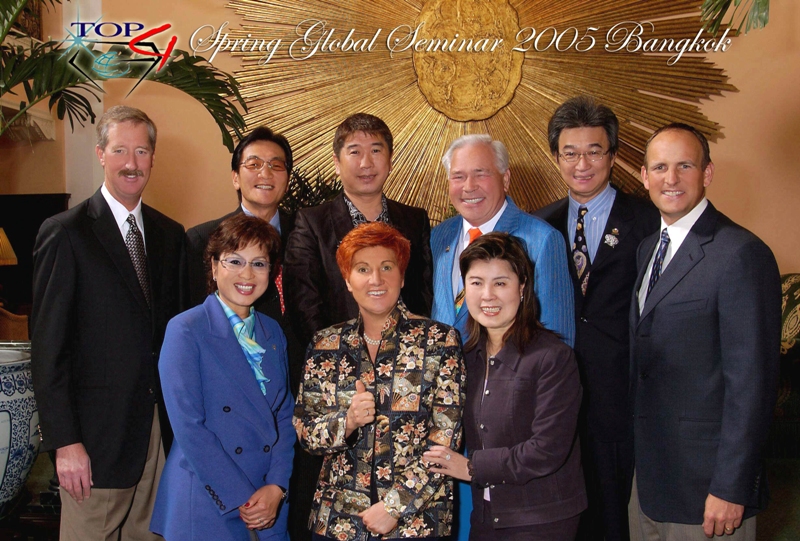 My friends, this Tokyo Japan based man is an innovator and a relentless marketer. He is a true businessman who is worth the salt in mlm business today.

Mr. Nakajima is one of the very first people to start distributing Amway company products when no one knew anything about the company.

Kaoru Nakajima is also a pioneer of mlm businesses in Japan, receiving almost all first Amway awards in Japan and United Kingdom; where he has the biggest number of Amway network distributors.

He really struggled doing a door to door delivery of Amway products, when so many people were highly skeptical and rigid on joining an mlm business in the society.

Mr. Kaoru put aside his superb song writing prowess to just concentrate on making money with Amway, until he became one of the Amway top earners in the world.

Kaoru Nakajima started from a very humble beginning, worked his way up step by step while ignoring all the Amway scam rumors that dominated the industry during those days.

There was no internet connections then, but he managed to become one of the best multi-level network builder of all times. This is because he saw a business opportunity in Amway and decided to take chances for the betterment of his family and those dependent on him.

Please be ready to take your chances today!

Qualifications of Kaoru Nakajima in the Amway MLM Business

This mlm top earner also had over 25 qualifying legs in 1994 and added a the new Double Crown Ambassador with an FDSA recipient and a 42 platinum legs.

He was also honored by Amway for achieving the very first 50FAA; the first of its kind in that time in the world of mlm business.

It is in 1998 that Mr. Kaoru Nakajima had a total number of more than 750,000 distributors in his down -line. This army of network marketers made very big sales of Amway products that made Mr. Nakajima control over 40% of all Amway direct selling in Japan.

Now that is a huge chunk of the pie, don’t you think?

This is a very big achievement for any MLM individual, in my opinion.

It is important to also note that, Kaoru Nakajima has been the luckiest to receive one Free Crown Ambassador Qualification.

Kaoru Nakajima attended one of the diamond executive meetings but lost his luggage that had a pin to his diamond ambassador qualification. He became so stressed out that Rich DeVos learnt of this and gave him a different pin.

When the meeting was over, Mr. Nakajima found his luggage with all his documents intact. He now had two crown ambassadors’ pins but tried to return one to his boss Rich DeVos.

He refused to accept it back and told him to keep both of them. Mr. Kaoru Nakajima was so excited to be a double Diamond holder, getting one for free of course!

The story of Mr. Nakajima is a true inspiration on how you can be an mlm top earner, within a short period of time and with little to no experience at all.

It is out of his success in mlm that Kaoru Nakajima built a state of the art dream house that is an important feature and monument in Japan.

Hope the story of Kaoru Nakajima has inspired you to taking chances in life.

What are your goals going into Amway or any other MLM business?

Let me know below!