Before Craig Kotter began with ACN, he was looking for something that he could do for himself, but he had absolutely no idea in what direction he should go. He was in college, and he wasn’t happy.

Craig wanted to be a business owner.

So, when a friend invited him over for an ACN business presentation, he went. He liked it immediately. However, as a newlywed, living paycheck-to-paycheck, his decision wasn’t the only one that needed to be considered.

Craig jumped in with both feet, and he got involved immediately. 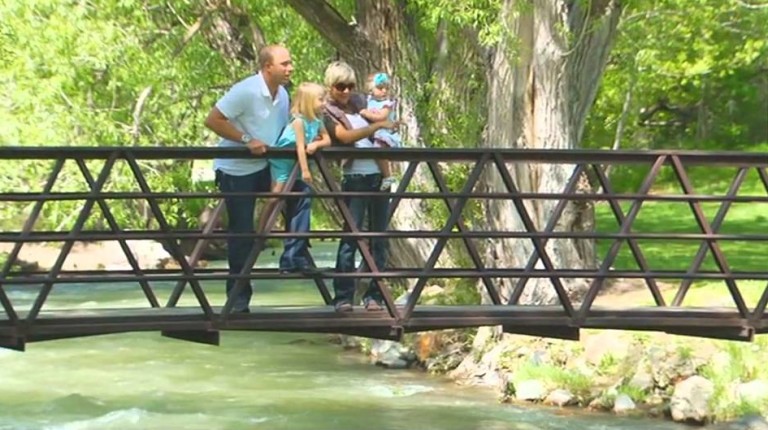 Chelsea wasn’t so sold on the idea of enrolling with ACN network marketing business. She thought that Craig was going through a phase, and she just wanted him to do what needed to be done and get over it. But when he quit college, she knew he was serious about having his own home-based business.

The resistance from Chelsea in taking part in Craig’s business took a toll on their marriage, and it also affected their residual income. They readily admit that they didn’t do too well in the beginning. The residual checks weren’t coming in, and it put a strain on their personal and financial well-being.

I am sure many wives can relate with Chelsea here!

This was until Chelsea attended her first national convention. After this event, she started seeing MLM through Craig’s eyes. She got why he was so excited about this direct sales opportunity.

Together, Craig and Chelsea started making a schedule for their ACN multilevel business. They decided what hours they were going to work, and when they weren’t working, they focused on their family (they have two daughters) and their marriage. Now that his wife was on board, Craig went hard on building his business. He used the fundamentals and skills he learned, and soon after is when he started seeing the success he desired all along.

Their first residual income check was more than Chelsea made in a year as a legal secretary.

I know all about those checks that start rolling in after a while.

You get excited to start seeing your hard work pay off.

Brad here talks about hard work paying off too, see what he has to say below.

The couple currently resides in Utah, and they feel blessed to be able to live and run their business from a place that they choose to reside, close to their friends and family. The best part, according to Craig, is that he doesn’t have to ask permission to spend more time with his wife and children; he can just do it.

Success really looks good on these two. They currently earn a residual income of around $100,000.00 per month.

Because of their hard work ethic, Craig & Chelsea Kotter have earned the rank of Regional Vice Presidents and membership in the Circle of Champions.

I bet anything Chelsea is glad she finally listened to her husband about ACN MLM business and becoming an ACN consultant.

I have written about the ACN business so many times, but I never get tired of it.

If you have been on this blog before, then you know that it is the number one multilevel marketing company in telecommunications worldwide.

As far as ranking for top MLM earners worldwide, several are independent distributors for ACN.

ACN was founded in 1993 by four entrepreneurs who were not happy with the choices of companies in direct sales. As that old saying goes,

“If you want something done right, do it yourself.”

So that is exactly what they did; they formed their own network marketing company. They want to provide a way for people who wanted to do better in life to have the opportunity and means to do so. CAN consultants offer their customers services, such as:

To make sure that it complies with the laws governing direct sales, independent business owners only earn money off of services, not recruits.

Moreover, the customer has to pay for the service, not just order it. Now, if your customer decides to join ACN, for every customer he/she signs up for service, you get bonuses for those paid services as well.

In the past, ACN has received negative criticism about its operation and has been accused of being a pyramid scheme. Furthermore, there has been some “discussion’ about ACN guaranteeing success to everyone that enrolls.

However, that is not founded. This MLM business (as well as every MLM top earner) will let you know quickly that your success is directly related with how much work you put in.

Is ACN a scam? Check out some of my other articles on this blog and then you can decide for yourself.

Make sure you subscribe to my blog below so that you never miss the happenings of what is going on in the world of top mlm earners.