A lot of people have at one point or another, heard about MLM business, also known as multilevel marketing.

With this type of marketing, there has been a lot of success and failure associated with it. There are members who joined a brand and took off to new heights of prosperity, while others did not.

One of these individuals who experienced wild success in MLM businesses is Jose Ardon.

If you do not know much about him, you will know all you need to know by the end of this article. You will know who he is, what he does, how he started and his success story. 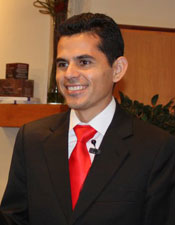 Jose Ardon was born in Honduras in 1955. His early experiences in early life were nothing like a silver spoon and platter.

Born in a very poor area of the Honduras, he experienced many difficulties in getting the basic necessities of life. He owned a first pair of shoes at age 8.

Not many people can say that!

At a very young age, he acquired a job at a local farm which consumed much of his time, considering it took two hours to walk to the farm and another two to walk back home.

How many of us can say that we ever did anything like THAT?

The rough start was devastating, but it was also a source of inspiration to do better and help his family.

Jose Ardon Is Introduced To MLM

Ardon eventually made his way to the United States, where he continued with the struggle, but not for long.

At a meeting about network marketing in the United States, Ardon was one of about 800 people all of whom wanted to make as much money as the millionaire who was the guest speaker was doing.

At the time, Ardon was managing to make only $400 per week as an air conditioner handy man.

Ardon had a difficult time believing that the speaker was a true network marketing millionaire.

For him, it was difficult to believe that such a prospect was possible, and to know the truth, he investigated the speaker.

He found that it was indeed true that the man was a successful network marketing ambassador. He also learned that it took the man 12 years to get to the financial status that he was at.

With this revelation, Ardon decided that if the man could do it, then was going to do so to.

How many of us can say that we have had the exact same thought process? Well, if so and so can do it, then I know I can!

The young man from Honduras has taken the world by storm when he became a part of Organo Gold.

With a range of products that promised good health and well being, it did not take long until people began to use the company’s products.

The company’s main product is coffee.

Which is ingenious considering how many of us actually drink coffee. But then you add the health benefits to it, and you have a real winner!

However, recently, it has expanded to include more than just coffee to include teas, hot chocolate, and more products.

The popularity of the product is largely owned by the fact that it utilizes a healthy extract, ganoderma. This extract has claimed to promote health and well being for users due to its healthy properties.

People caught on to the idea of having healthy coffee every morning instead of plain regular coffee.

In a few years, the company grew and expanded over all continents.

Ardon was one of the people whom came across this business and took it head on.

Before hearing about the opportunity, Ardon had been working from an early age. He decided to stop his work because he did not like the idea of working for someone for the rest of his life.

This is when he met Holton Buggs, a success story in Organo Gold. Under Buggs, Ardon found that he had found a mentor that would make his experience with Organo Gold more than just another business opportunity.

From the beginning of the experience, Ardon sought challenges and sought ways to improve his marketing skills and strategies. This drive to achieve more in his business proved to be critically important in his search for a meaningful and thriving business opportunity.

In his journey, Ardon had read the book “Think and Grow Rich.” The book not only offered him a source of inspiration, but also a way to design and plan his financial future. Which Holton Buggs accredits to his success to as Holton was a student of the teachings of Napolean Hill

He also learned that finding a suitable mentor is a valuable asset to the process and he did just that when he fell under the guidance of Mr. Buggs.

The once in a lifetime opportunity to work with the industry’s number one business man allowed Ardon to have valuable insight on what it takes to become successful.

Such opportunities, drive, and the willingness to work for his goals propelled Ardon forward over the few months after having joined.

In the first year, Ardon continued to work part time as an air conditioning handy man.

For the first 18 months, Ardon did not sign up any new intakes into the business.

How many of us would have given up at this point? I know that I personally gave up many times because it didn’t ‘seem’ to be working.

He remembers that during that time, he did not have much experience in talking to people about the business opportunity.

When he realized that his business was rather immobile, he took the initiative to start learning on his own. Because he also realized that people and communication skills were necessary in getting his business to grow, he began taking action. He began reading books, attending seminars, and daily interaction practice.

Dedication to improvement coupled with great leadership amounted to the success Jose Ardon rose to as an Organogold top earner.

Not bad at all for a guy that grew up in the poor places of Honduras!

In the end, Jose Ardon’s story is a success story not just in the fact that he is a top earner, but also in the fact that he went through a process of self discovery and self improvement. He achieved his ultimate goal of having an experience that was more than just a business.