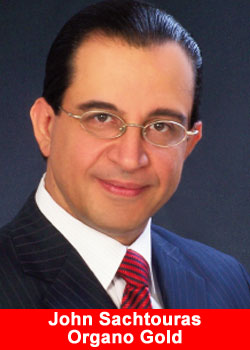 The journeys of MLM top earners are real inspirations that every individual should read before starting any entrepreneurial business. I have said it several times that these mlm millionaires are ordinary people, turned extraordinary human beings, and I will echo that statement today with the touching story of MLM top earner John Sachtouras.

Okay, who is he then?

Just to name a few!

John Sachtouras has been and is always a dreamer since the age of 16 years. I can relate to that one too!

John has been making Organo Gold money since June 2009, and he is a mlm top earner both with the organogold company and the MLM business in general.

He currently lives with his beautiful wife Banca Sachtouras in his 7,058 square foot house in Richmond, Texas, USA.

John Sachtouras has also featured in The Hall Of Fame as one of the MLM top Earners, consisting of more than 8,500 mlm product distributor.

Background of John Sachtouras and His Journey to MLM Top Earner

John Sachtouras; a native of Greece, moved to the United States in 1986 in pursuit of his dream to become a millionaire. He landed in Newport Beach, California and worked as a waiter in a local Italian restaurant while searching for the right vehicle to help him reach his ambitious goal.

In 1988, he was introduced to an MLM business opportunity by a patron of the restaurant. In 1992, he wrote himself a check of $1 Million Dollars with the determination of cashing it on his birthday (May 26) three years later. What an incredible dream and dedication! This goal, nevertheless, became a burning desire while he struggled in many network marketing companies without any significant success.

Hmmm – how many of us does that sound familiar too?

During his business career, John Sachtouras has held Top Executive positions, such as Vice-President of Constellation Lighting Latin America, President of The Immobiliser, Inc., General Director of “Multi-Productos Mundiales S.A”., President of Sparco International, Executive Business Consultant for Global Marketing Network, Inc. He has also served as the Regional Advisor for the U.S. Foreign Trade Institute.

Sounds almost like a Jack of all Trades. But the executive life is where he loved being!

Up to this point, John Sachtouras never knew how sweet Organogold money tasted.

When the economy crashed in 2001, John lost everything, so he decided to return to network marketing with renewed vision, dedication and the determination to succeed.

After 16 different mlm companies, John finally found the right opportunity with OrganoGold, and he was able to fulfill his childhood dream of making a first million dollars by his birthday on May 26, 2011!

It took many more years than he had originally planned, but the take away from this is that you NEVER give up!

Today, Mr. Sachtouras is a very famous and influential Greek-American businessman, philanthropist, a world-known public speaker, business coach and an mlm millionaire mentor. He has written business-related articles and has been interviewed by many TV stations, radio stations, newspapers and magazines around the world.

John Sachtouras has become a marketing strategist with more than 30 years of experience in the areas of marketing and business development in Europe, Latin America and the United States of America. He can fluently communicate in several languages, including Greek, English, Spanish, French and Italian.

He is popularly referred to as an icon in the MLM industry, and his accomplishments have ranked him among the Top 25 highest paid professionals out of the 100 million plus independent distributors involved in the industry, alongside of some of the other Top Organo Gold Earners such as Holton Buggs and Shane Morand.

That is an awesome accomplishment right there!

John Sachtouras attributes his success to hard work, incredible persistence and a focused mentality that he has developed in his 30 years of dedicated work and continuous self-development.

He has trained hundreds of thousands of people around the world and mentored a few select people who have also achieved their financial dreams and became mlm top earners.

John believes in giving back to the community, and he has made financial contributions to various charitable Organizations, such as OG Cares, Child Advocates, and Ronald McDonald. He has also contributed to the project Vida Sobre el Rio Ozama in the Dominican Republic, Companyños in Mexico and financed the remodeling of a public school in Agua Dulce, Panama.

Mr. Sachtouras is a role model for his daughter, Marina, whom he has showed that being generous and helpful to other people is a blessing. He is a family oriented person and an exemplary, loyal and caring husband. 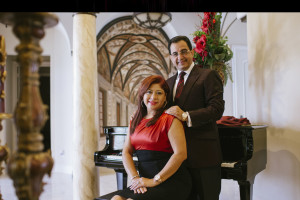 In the business environment, he is highly respected and admired for his sincerity and is considered as a straightforward person with a high level of discipline and result-oriented mentality.

As a business consultant and mentor, he firmly believes that selling has more to do with building personal relationships rather than just closing deals. He says, “no one can ever become an mlm top earner alone; it takes the cohesiveness of a team working together in harmony.”

He has qualified for several blue diamonds, Crown diamonds and black diamonds in his career as an organogold distributor.

Nothing explains itself better than the John Sachtouras’ own words.

Read these Quotes and share with us their magnitude and impact on your life.

“Freedom, to me, is just waking up in the morning without an alarm; start my day without reporting to a boss on my plans for that day; going whatever place I wish for in the world with or without seeking permission first! I enjoyed luxury and freedom in Nassau, The Bahamas at The Atlantis again in this year. I have always admired the freedom the ocean has..Doing whatever you love is what I call freedom and loving whatever you do is what I call happiness!” John Sachtouras when he toured The Bahamas.

“This achievement is the kind of freedom organogold offers! Let’s work together to convert your dreams and desires into reality and never believe in Organogold scam because it does not exist.”

“Winners are people with bigger dreams, who does not quit in their bid to achieve those goals. They may be faced with many challenges and adversities; however, actual winners have the courage and strength to make what they want.”

“The world has many people who will inspire you to achieve greatness and be there to lift you up when you need encouragement. Never think that doors are closed, they are wide open waiting for you to take advantage of the opportunities you see. Always remember, God’s plan for you is bigger than your plan for yourself!”

What a sweet quote!

What are some of your dreams? Have you ever written a check to yourself like John did? If so, I would love to hear about it.

Tell me all about it below!